Сlose the door and drop the key.​

В серии использован отрывок из стихотворения Дж. Г. Байрона "Тьма" в переводе И. С. Тургенева. Оригинал:
"...The world was void,
The populous and the powerful was a lump,
Seasonless, herbless, treeless, manless, lifeless -
A lump of death -a chaos of hard clay.
The rivers, lakes, and ocean all stood still,
And nothing stirred within their silent depths;
Ships sailorless lay rotting on the sea,
And their masts fell down piecemeal; as they dropped
They slept on the abyss without a surge -
The waves were dead; the tides were in their grave,
The Moon, their mistress, had expired before;
The winds were withered in the stagnant air,
And the clouds perished! Darkness had no need
Of aid from them -She was the Universe!" 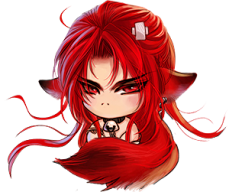